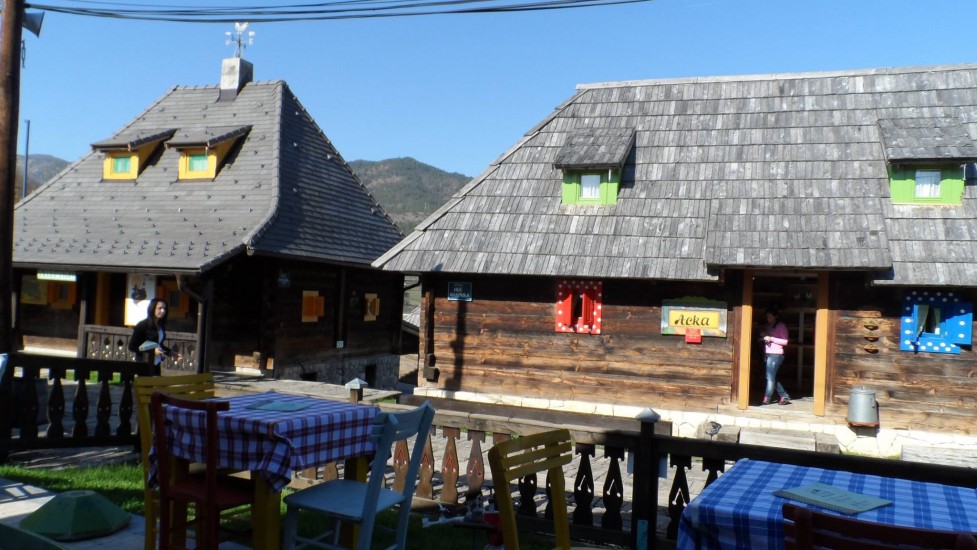 Ethno village Drvengrad was built by the famous film director Emir Kusturica for the filming of “Život je čudo”. Wooden Town is located in the Zlatibor region in a nature park Mokra Gora near the town of Užice.

Streets in the village are named after some famous people. Main street bears the name of a Nobel prize winner, writer Ivo Andrić.

“Drvengrad” has an art gallery, a library, a cinema called “Underground” after one of Kusturica’s most famous movies, a cake shop with home made sweets, a restaurant with traditional Serbian cuisine, a souvenir shop etc.

Somewhat fantastic and mystical atmosphere of the place that actually resembles a fairy tale town, is additionally amplified by wooden birds placed on the upper plateau of its main square.