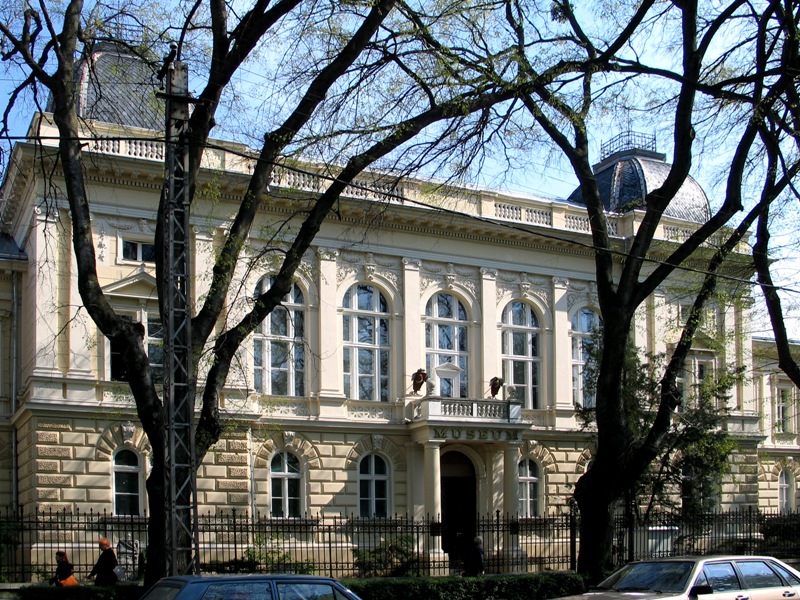 Today, this institution consists of many branches, and has a rich museum collection of around 400,000 pieces and a library collection of over 50,000 publications. A regular museum publication called The Work of The Museum of Vojvodina, originally called The Work of Vojvodian Museums, was published since 1952 until 1994. The Museum of Vojvodina acquired the appropriate facilities in 1974 when it moved into the former justice court, built in 1896 by the Budapest architect Gyula Wagner.

The Museum of Vojvodina opened its extensive permanent exhibition to the public, presenting the constant development of eight thousand years of human society on the present territory of Vojvodina. 6,000 representative exhibits from archaeology (from the Palaeolithic period up to the antique), general history and art history (from the XV century until the second half of the XX century) and ethnology are all presented in the area of 3,000 square meters. The permanent exhibition offers a comprehensive picture of this area’s millennial past. The exhibited pieces demonstrate the duration of human communities and cultures from the Palaeolithic and Mesolithic periods up to the first traces of humans near Irig which date back around 70,000 years ago. They also show Strarčevo, Vinča and other Neolithic cultures and cultures from Feudvar site, Kalača site and various layers of Gomolava site. Some items also date from the mythical periods of ancient Greece while some are representative of the beautiful monuments of the Roman Empire. The exhibit also includes cultural artefacts dating from the migrations of nations and replacements of ethnic communities – the Slavs, Hungarians, Serbians, and other nations. The second half of the permanent exhibition, which illustrates Vojvodina’s past from mid XIX century until mid XX century, is housed at the Historical Museum.

Annexes were created in order to establish diversified museum network – the exhibition of period furniture at Dunđerski castle in Čelarevo, ethno-house “Brvnara” (“Log Cabin”) in Bački Jarak, and Press Museum in Novi Sad, located in the house where the first issue of Slobodna Vojvodina, antecendent of Dnevnik newspaper, was printed in 1942. Since 2004, the Museum also includes Agricultural Collection in Kulpin. Numerous permanent exhibitions have also been displayed – pedagogical exhibition at School J. J. Zmaj, Novi Sad, memorial exhibition of Jovan Rajić (1726-1801), a historian and writer at Kovilj monastery, the one dedicated to the world known scientist Mihajlo Pupin (1850-1935) in Idvor, the Homeland Museum in Čerević, museum exhibitions in Ruski Krstur and Hrtkovci, the home of Miloš Crnjanski (1893-1977) and library in Csongrad (Hungary), the home of Dositej Obradović (1740-1811) in Čakovo (Romania), the home of Sava Tekelija in Arad (Romania), and the Museum of the Batina Battle.